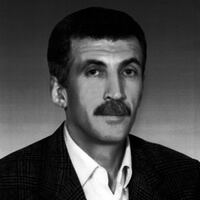 Mr. Mehmet OZELCI was born in Safranbolu, Karabuk. He graduated primary, secondary and high school in Safranbolu than graduated university in Istanbul. In 1979 he married with Mrs. Perihan OZELCI. He had two daugthers Ebru and Banu. Mehmet OZELCI, worked at Izmir, Istanbul, Diyarbakir, Sakarya cities until his retirement in 1996 from the government tax office.

Following his retirement he established OZLER FORMWORK and SCAFFOLDING SYSTEM with his cousin Nuri OZELCI. In 1998, he transferred his shares to Nuri OZELCI and left the company but never left Nuri OZELCI. Mehmet OZELCI passed away because of incurable illness at a very early age. We will never forget with his philanthropist personality. 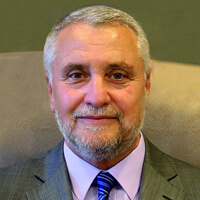 Mr. Nuri OZELCI was born in Arac, Kastamonu. He graduated primary and secondary school in Arac, high school and university in Istanbul. In 1979 he married with Mrs. Sevgi OZELCI. He had two sons Burak and Berkan. Nuri OZELCI worked 19 years in different companies as accountancy manger in Istanbul. He established OZLER FORMWORK and SCAFFOLDING SYSTEM with his cousin Mehmet OZELCI in 1996.

He was two terms member of the board of Kastamonuspor which his homwtown soccer team. In 2012, he left the management of the company to his sons Burak and Berkan OZELCI. Noadays, he continues his career as honorary chairman of OZLER FORMWORK and SCAFFOLDING SYSTEM Inc.